An American automobile manufacturing company was founded by Martin Eberhard, Marc Tarpenning, Elon Musk, J. B. Straubel, and Ian Wright on July 1, 2003. The company was formed to manufacture new revolutionary electric cars, with solar panel features. The headquarters of the company is situated in Palo Alto, California. 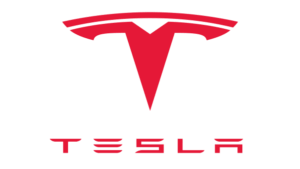 On February 5, 2017, according to foreign media (VentureBeat), for car manufacturers, the car logo is as important as the car itself. Of course, car logo design has become a very important task. In recent years, the famous Tesla Model T logo has been widely known, but it turns out that this simple logo is not only an acronym for the name of the inventor but also has a deep meaning behind it. Tesla CEO Musk explained on his Twitter that this stylized “T” is actually a hint of the company’s products, saying that the T-shaped logo represents the cross-section of the electric motor.
The main part of the letter T represents a part of the motor rotor, and the second line on the top represents a part of the peripheral stator. In terms of logo design, Tesla also has similarities with SpaceX. SpaceX is another bold adventure by Musk, dedicated to building rockets and sending payloads into space orbit.
Musk said in a tweet that the deformed “X” in the SpaceX logo represents the rocket launch trajectory. The Tesla and SpaceX logos are from RO-Studio, a New Jersey-based design company. Compared to Tesla and SpaceX, the logo of Musk’s third company, SolarCity, is relatively simple. The graphic of the yellow sun with the company name is simple and clear. Under the leadership of Musk, Tesla acquired SolarCity in 2016, which triggered people’s imagination of solar electric vehicles. Previously SolarCity was controlled by Musk and its family members, but after the acquisition was called a corporate entity affiliated with Tesla. The acquisition of SolarCity implies Musk’s expectations for Tesla’s future and is not just satisfied that the latter becomes a car manufacturer. Not long ago, the company officially changed its name to “Tesla”, instead of the previous “Tesla Motor Company.

Tesla manufactures superpower charging cars, charging stations, solar charging panels, their own customized batteries for cars, and many more. They have actually bought the change into the market. Their tagline also states their growth and excellence in the market. The Tesla tagline is mentioned below:

Tesla comes into business to make a revolutionary change in the industry by producing electric cars that not only save the environment but don’t compromise with engineering, looks, power, or space. The cars come in many colors like red, green, blue, black, white, yellow, orange, blue, brown, white, silver. To check all the available colors options please click on the link below:

If you are interested to get updates from Tesla you can follow them on social media platforms given below and if you want to contact them you go through their official website given below.