An automobile company was founded by Dodge Brothers (John Francis Dodge and Horace Dodge) named it after their name as “DODGE” to manufacture automobiles by FCA US LLC. The company was launched in 1900. The company headquarters is located in Auburn Hills, Michigan.

“Dodge” is a car brand, headquartered in the United States. The trademark adopts the Dodge brother’s surname “Dodge”. The graphic trademark is a pentagon with the image of a sheep’s head, and the two trademarks of small ram and big ram are used on the car. Dodge brand’s founder is a pair born in Michigan, brother, brother John Dodge (John Dodge) was born in 1864, his brother Huo Ruide. Dodge (Horade Dodge) was born in 1868. In 1886, the Dodge family moved to Detroit and began their entrepreneurial journey. 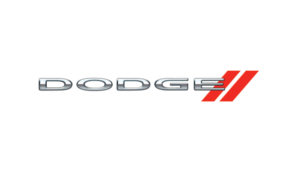 For many years, Dodge’s ram mark only ran on the American continent. After the establishment of the Daimler Chrysler Group, it was first brought into Europe and then China. It is said that the image of the ram that is so powerful and feels solid was originally selected by Walter P. Chrysler in 1932-four years after Chrysler owned the Dodge. Walter believes that this bighorn ram symbolizes the king of the road, and it is in line with Dodge’s extremely simple sales slogan-reliability.
No matter how reliable the Dodge car is, the ram mark itself is quite reliable. In 1914, the first cars made by the brothers’ John Dodge and Horace Dodge came out with a round logo. The circle is first a ring with the words “Dodge Brothers Car” on it. Inside the ring is a global map. There are two intersecting triangles in the center of the map, and in the middle are the capital letters “D” and “B” that are also interlaced. “D” and “B” are abbreviations of “Dodge Brothers”. The triangles represent the Greek letter “D”, and the two triangles also represent “Dodge Brothers”. The moral of the entire logo is quite obvious: Dodge cars will ride the world. But good morals can’t be wishful thinking. Even if it’s just a car logo, you can’t ignore the reliability considerations.
At the time, two intersecting triangles were accused by some of them as a symbol of the Jews, and the entire car logo hinted at the Jewish ambition to conquer the world. There are rumors that there are secret Jewish funds behind the strange.
Under pressure, Dodge was forced to abandon the round car logo. The honest but fierce ram is obviously easier to accept, so it has continued intermittently to this day, although the fate of the period has been rough.
The Dodge went for complete restructure in 2001 when it was a takeover by FIAT. At that time the logo was also changed.  The logo shown in the above image is the final logo which was recreated and which represents the power of the company and power in cars.

A tagline is also known as a slogan, especially as used in advertising, or as a punchline of a joke. Dodge changes their tagline from time to time, Here is a list of Dodge Taglines below.

Dodge is in the market with all the low budget cars of Chrysler but never compromise with the performance, looks, and design. They manufacture cars, van/minivans, SUVs, trucks, and many more. They produce all the supercars or sports cars under Dodge Viper.

Dodge launched many powerful, luxurious, and powerful cars at very low price. Where design speaks the story and all the cars are loved in the market. The cars come in many color options like yellow, white, black, silver, blue, green, red, and many more. To see all the available option-click below:

Dodge launched the SUV car range where they were offering low budge powerful cars. Which comes in white, black, silver, blue, green and many more colors. All the models are mentioned below:

They produce full-size pickup trucks that are manufactured by FCA US LLC. The Pick-Up Trucks come in many vibrant colors like white, black, silver, blue, red. Click on the links below to explore more:

If you are interested to get updates from Dodge you can follow them on social media platforms given below and if you want to contact them you go through their official website given below.